A lovely thing about this project is due to the size and scope of each monologue I feel able to take it out with me into the world and write as a free-range writer. It’s exciting for me to escape the house.

Ah, this was the day I left my wallet in a shop and got rescued by an Oyster Angel AND wrote Lavinia. It was an emotional evening.

I love Brill. They make excellent tea and use almond milk! When I returned I also wrote successfully. It has excellent soothing vibes.

It’s Four Small Angry Twitter Shakespeares for Brill because Lavinia was so hard to write and that cup of tea was a life saver. I needed all the hugs I got that evening after writing that one.

A quality fall back for good vibes and later opening hours. I didn’t get much work done as I was evesdropping on a meeting going on nearby about Georgian poetry and was too excited about rehearsals to focus. 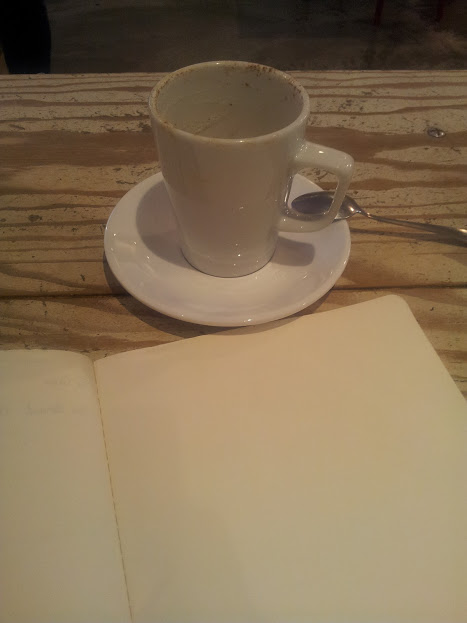 Two Small Angry Twitter Shakespeares because not much luck and bakeries are quite sad places when bread is more-or-less off menu. That blank page got filled, but it was’t very useful.

No photos but good food – since my guts have turned me away from gluten and dairy I actually go to Leon far more as they have a decent vegan selection and good labelling systems.

Hipster points – they use bonsoy – and their chai is actually delicious. Also not too busy but busy enough you can’t be there indefinitely. Yorick, Viola and Richard III were all tackled in the Kings Cross branch.

A whole five Small Angry Twitter Shakespeares because of returned success! Such cute cups too!

Almost my fave place. Even without being able to eat the bread. Bonsoy hot chocolate is just ace. See photo evidence of a little baby vegan cake – though, it’s pretty tempting to eat something there…

Only Two Small Angry Twitter Shakespeares because it’s not easy writing in a place that smells so fine and you can’t eat the bread. No wonder the first incarnation of Titania was grumpy!

I actually really like Pret. Good staple and you can tuck yourself away without feeling obliged to be in a hurry. Out of all the chains it holds my heart and omg, has new vegan snacks which are delicious. The new chai lattes are pretty good too, however I wish they kept the chai tea as well. I like a spicy cuppa.

Three Small Angry Twitter Shakespeares – no hipster street cred but at on almost every street in central London they do make excellent pit stops and bolt holes.

My not actually having a desk is becoming a bit of an issue. Still, revising – typing up and occasionally (see Emilia) having inspiration at 1am. I do a lot of work here. 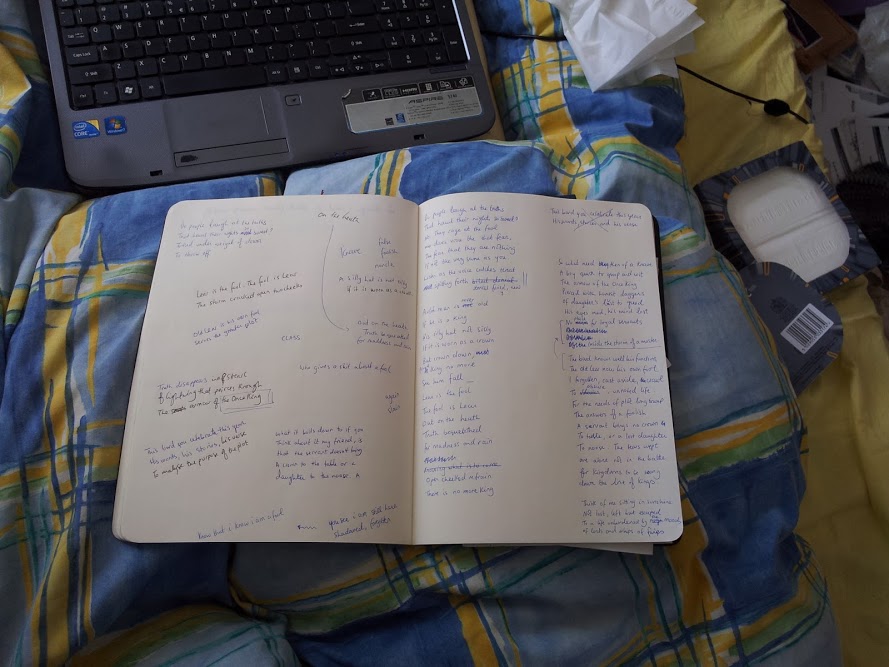 Would be 5 but it is minus one Small Angry Twitter Shakespeare due to regular osteopath visits!

As a temp there is rarely a workplace quiet enough and forgiving enough to do actual other work in. This was a blessing and I wrote a LOT – being given explicit permission to do that was a dream and also made me work. Hard.