Et Tu – Sebastian & Petruchio. from In Souliloquy on Vimeo.

Written by Tilly Lunken
Directed by Victorine Pontillon
In Souliloquy is devised and produced by V&T
ET TU: Sebastian & Petruchio is part of a cycle of six dualogues.

Special Thanks to Steven M Levy and the Charing Cross Theatre.

Introducing the first release in our ET TU series! Sebastian is loved up and wants to fix the world, Petruchio is determined his love cannot be fixed.

Welcome to our exclusive and exciting behind the scenes fun of our first Et Tu shoot!

A moody Petruchio, brooding and all out of love awaits the company of Sebastian… reviewing his lines? There were so many great moments on this day!

At times it was very serious. And very fun.

We had a long day in the Players Bar (thanks to the Charing Cross Theatre for hosting our boy and their little drama). Many thanks again to George Turner (Petruchio) and William Sebag-Montfiore (Sebastian) for joining the team to work on Easter Sunday! 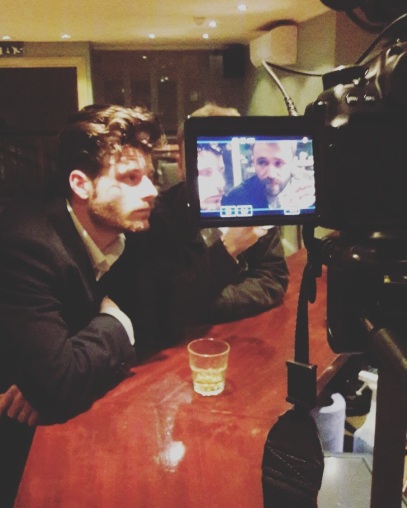 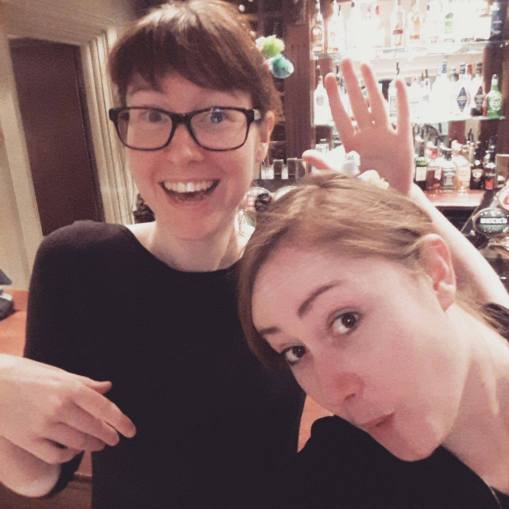 Hope you all had a lovely break – stay tuned for more behind the scenes easter eggs (totally went there) and updates as it gets edited and leading up to the release!

Thank you to everyone who was involved with our very successful live performance of Et Tu: Sebastian & Petruchio at Briefs XVI. It was an incredibly fun experience for us from writing, through casting, directing, rehearsals and performance.

One of the hightlights was working with the exceptional actors: George Turner and Jonathan Edward Cobb. Absolutely cracking!

Here are some great photos (by Shaun Kitchener) from the dress rehearsal. 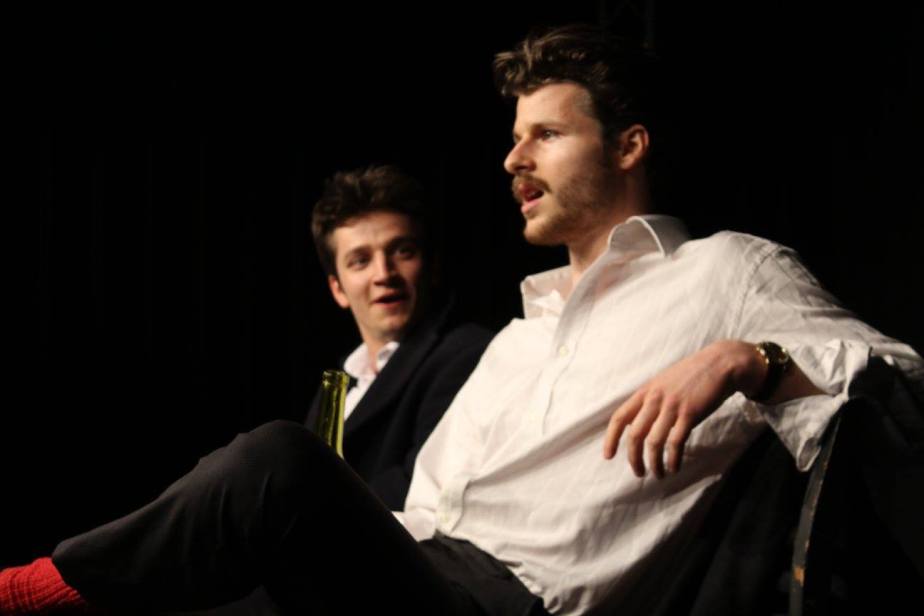 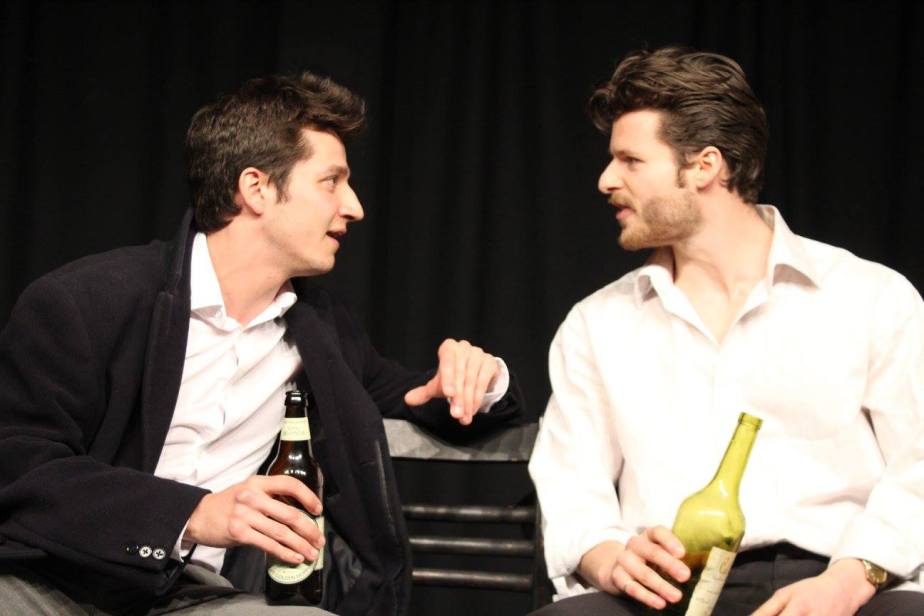 This was a bit of an experiment for us, playing with how in a new writing night how this work would fit but the feedback we got was great – including people who didn’t necessarily know the characters.

Thanks to Shaun and West Avenue Theatre Company for producing the evening and all those lovely people we had in the audience. It was an experiment well worth doing and we enjoyed the journey as much as the outcome.

Both of us are still bubbling with warm and fuzzies. 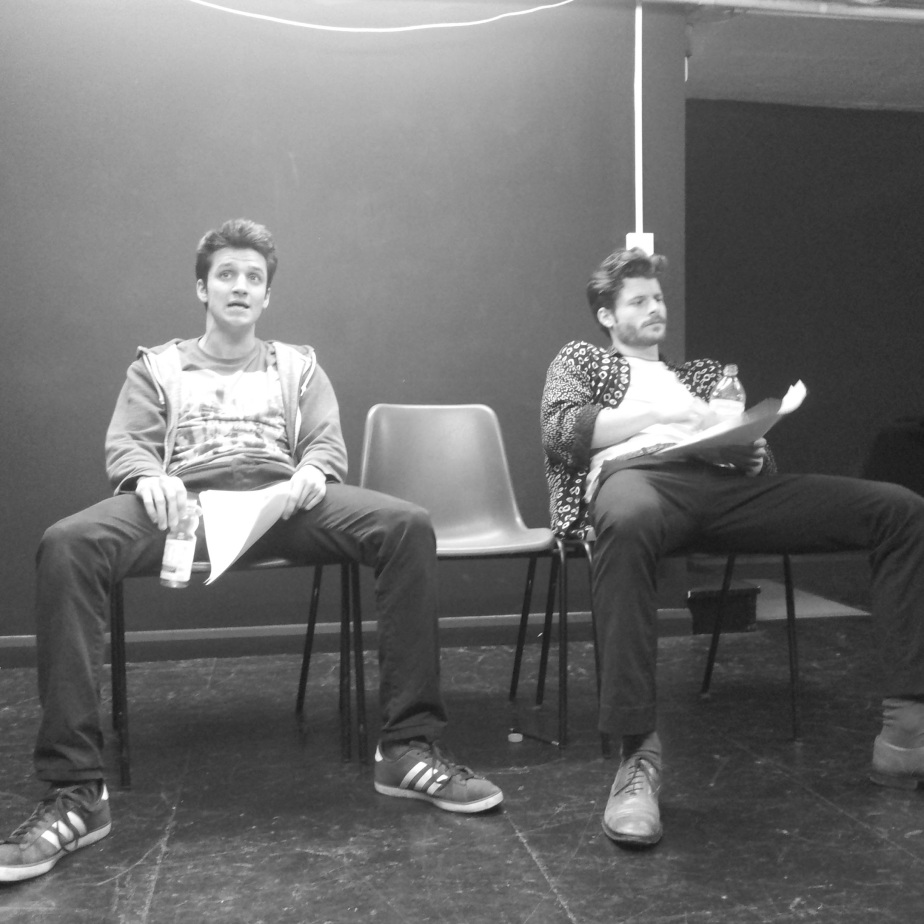 The first of which started our new favourite hastag #SociallyAcceptableManspreading! 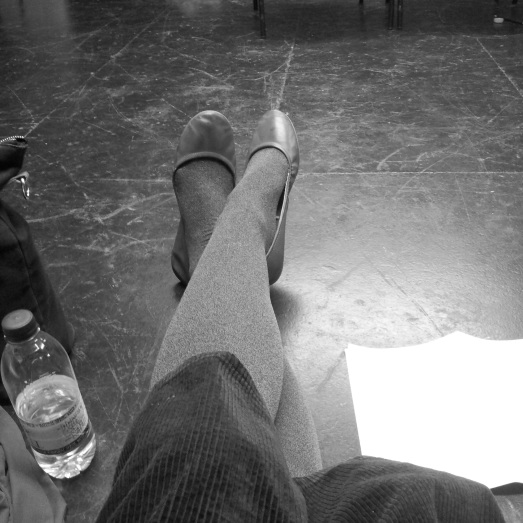 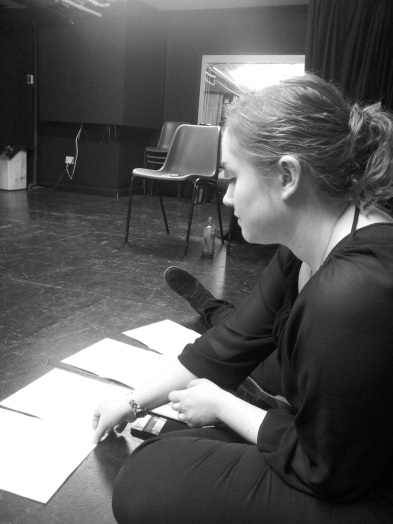 Also featuring in this rehearsal – a director with script fanned out across the floor in an appropriate manner and a writer who used hers as a plate for biscuits.

Thanks to Jon and George for a wonderful first rehearsal – it was a joy to see these characters leap off the page and onto the floor.

Don’t forget you can see them on stage next week (April 5th Waterloo East Theatre in #Briefs).

We are very excited to announce for Et Tu – George Turner playing the first of our very fine characters joining the expanding In Souliloquy family – Petruchio from Taming of the Shrew.

George is playing Petruchio both for our digital theatre piece and also live on stage for Briefs (Wednesday, April 5th, Waterloo East Theatre). We are chuffed to have such a great energy in the room!

George plays a Petruchio who is a little bit lost, but his drunken meeting with Sebastian might just wake him up to what he has.

(Meanwhile if you are interested check out our Katherina – we reckon these two probably make a pretty fine pair).

In super exciting news we are announcing a brand new series: ET TU. 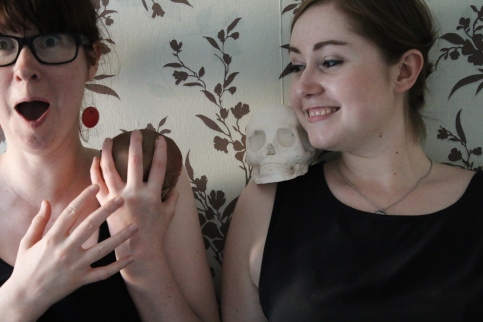 Our first year was focused on writing and producing monologues – the form being ideal to explore what digital theatre means to us, but also a way we could ease into a world and build it up brick by brick. It makes then sense to announce as we enter our second year of production a new series of new pieces – six dualogues, each with two characters from different plays, curated into a new situation.

There are funny ones and serious ones (and yes drunk ones) but we can assure you you will recognise both the language, rhythms and voices of these characters even out of context!

Working in this slightly expanded form means we are pushing and exploring our medium, we are playing with what digital theatre can be and we are also expanding our world (yes, think Marvel, we are so there) to bigger stages bit by bit.

The first we are filming is ET TU: Sebastian & Petruchio where these two very quick-to-wed gents discuss the small matters of love and marriage. After Twelfth Night and Taming of the Shrew these men are married and have happy wives at their feet – which explains why they are both out getting drunk on their own in the middle of the night.

This script is also debuting LIVE, next Wednesday the 5th April at BRIEFS – a short play night at the Waterloo East Theatre. Tickets available here. Come join our loving husbands as they work out what it just might mean to have married the love of their life.

We will be announcing both our digital and live casts very soon!