Not sure we need to post more than our wonderful cast Kate, Jon and Yvan rehearsing in St. James’ Park today. We are very excited to be sharing our scene this coming Sunday and next Tuesday on The Parkland Walk. Come see some lovely Shakespeare for free! 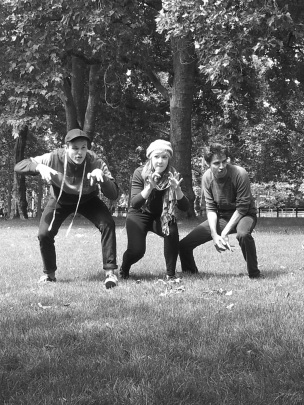 The event is being run by Attila Theatre and is part of the Crouch End Festival! All free – details here: https://www.crouchendfestival.org/events/parkland-walk-pop-up-shakespeare/

Written by Tilly Lunken and William Shakespeare and directed by Victorine Pontillon this extract is part of our early R&D on a full length show.

We’re excited to welcome Kate Sketchley to In Souliloquy as Snout/Witch One for our Mechanicals’ Macbeth: An Extract of Witches for Attila Theatre’s Parkland Pop Up Shakespeare 2017!

Originally from Canada, Kate graduated from the Royal Conservatoire of Scotland in 2012, and has been based in London since 2013. She has primarily worked on new writing, performing with emerging companies in Glasgow and London. Most recently she performed in Guns, Water, Monica Lewinksy, a new dance theatre piece, with Bang Bang Bang Group at The Space. She is currently writing her first play and is developing an adaptation of Othello for performance later this year.

Mechanicals’ Macbeth – A Witches Extract is on as part of Attila Theatre’s Pop Up Shakespeare event in the Crouch End Festival.

Come find us near the Graffiti bridge!

We are delighted to welcome Yvan Karlsson to our In Souliloquy family for Mechanicals’ Macbeth A Witches Extract for Parkland Pop-Up Shakespeare 2017! Yvan is playing Starveling and Witch Three for this exciting part in our R&D.

Since graduating from John Curtin College of the Arts in Perth, Western Australia, in 2014. Yvan has performed with Royale De Luxe on ‘THE GIANTS’, with Force Majure on their development of You, Animal You. He was an emerging artist with Spare Parts Puppet Theatre where he trained and then went on to perform in SPLAT! and Nobody Owns The Moon. As a creator, Yvan co-created Ophelia a Dance/Theatre work for FringeWorld 2016, Choreographed and performed ‘Player’ for Insitu 2016. And then Recently Yvan completed the Curious School of Puppetry in London, where he is now based.

Mechanicals’ Macbeth – A Witches Extract is on as part of Attila Theatre’s Pop Up Shakespeare event in the Crouch End Festival.

Come find us near the Graffiti bridge!

We are very excited to announce we have a short extract of a longer piece in development as part of Attila Theatre’s Parkland Walk Pop-Up Shakespeare in the Crouch End Festival! 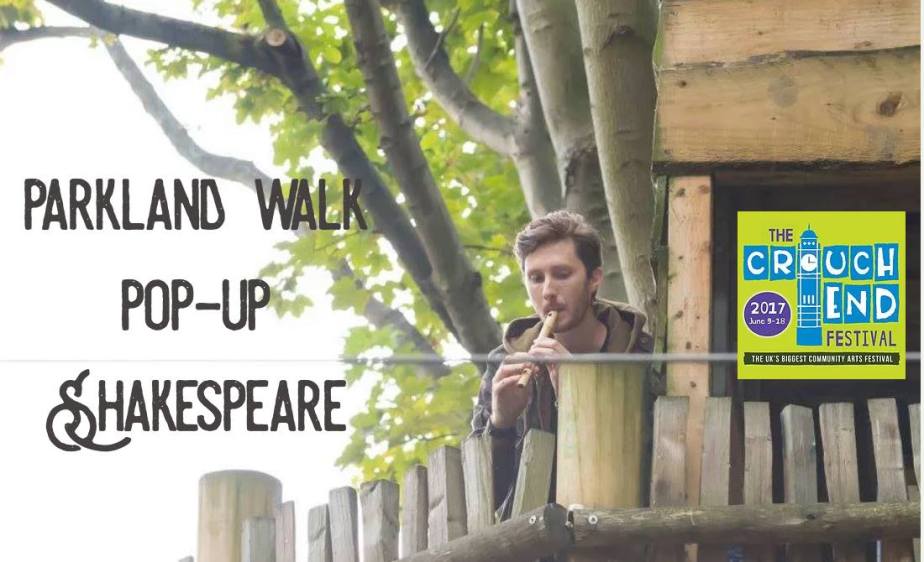 Our piece is called Mechanicals’ Macbeth – Witches Extract and is a scene from a very exciting full-length piece currently in development! This performance is part of our R&D period on the project and we are delighted to share it with you.

Our cast – we shall be sharing more details of our team shortly!

Details for this free event are here.